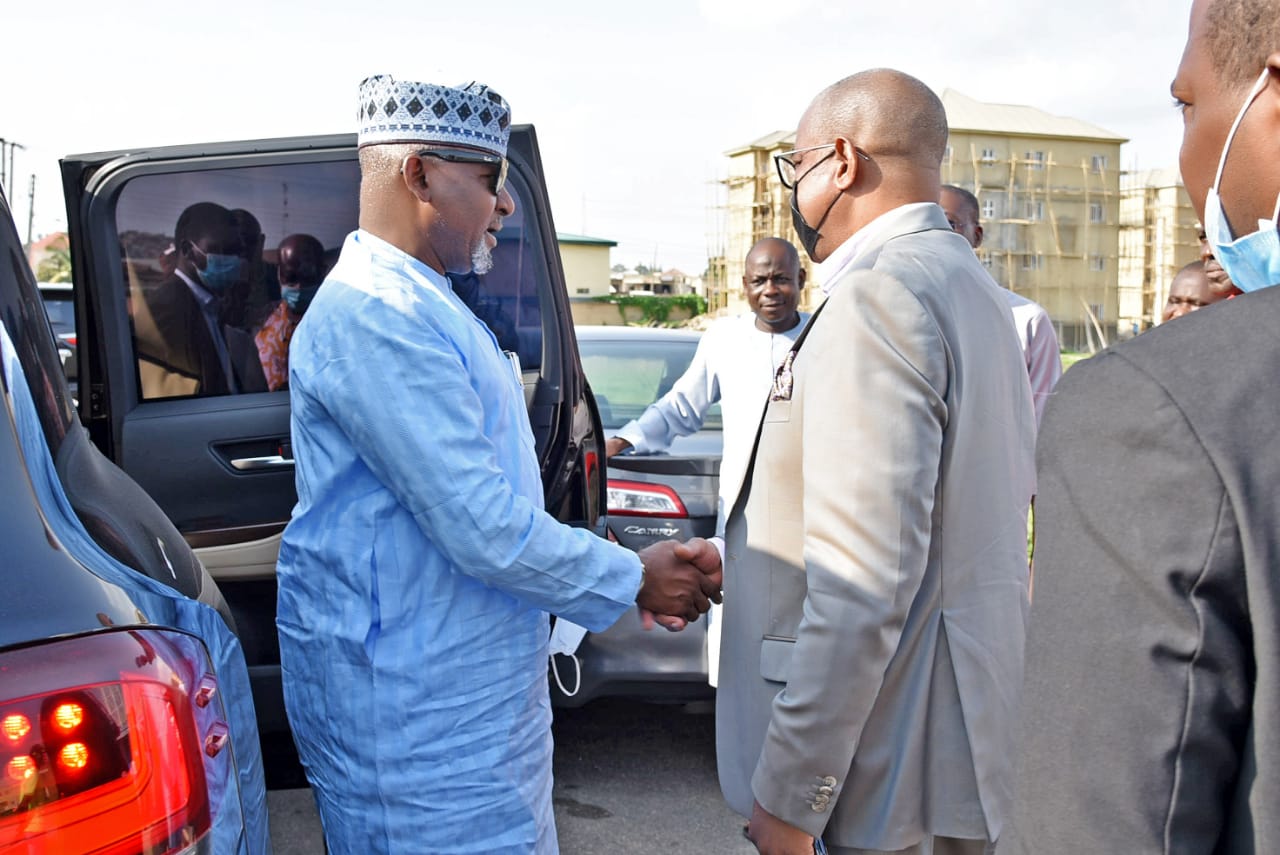 The honourable Minister of State of Works and Housing, Mu,azu Jaji Sambo, Thursday 23rd June , 2022 paid a progress visit to FHA Mass Housing Estate site in Zuba, Abuja Federal Capital Territory. The visit was to ascertain the level of completion of the estate, in readiness for the commissioning.The Minister was taken round the estate by the Managing Director and Chief Executive of Federal Housing Authority, Senator Gbenga Ashafa, in the company of the Authority’s Executive Director Project Implementation, Engr. Sam Chinonso Omoke and other staff. 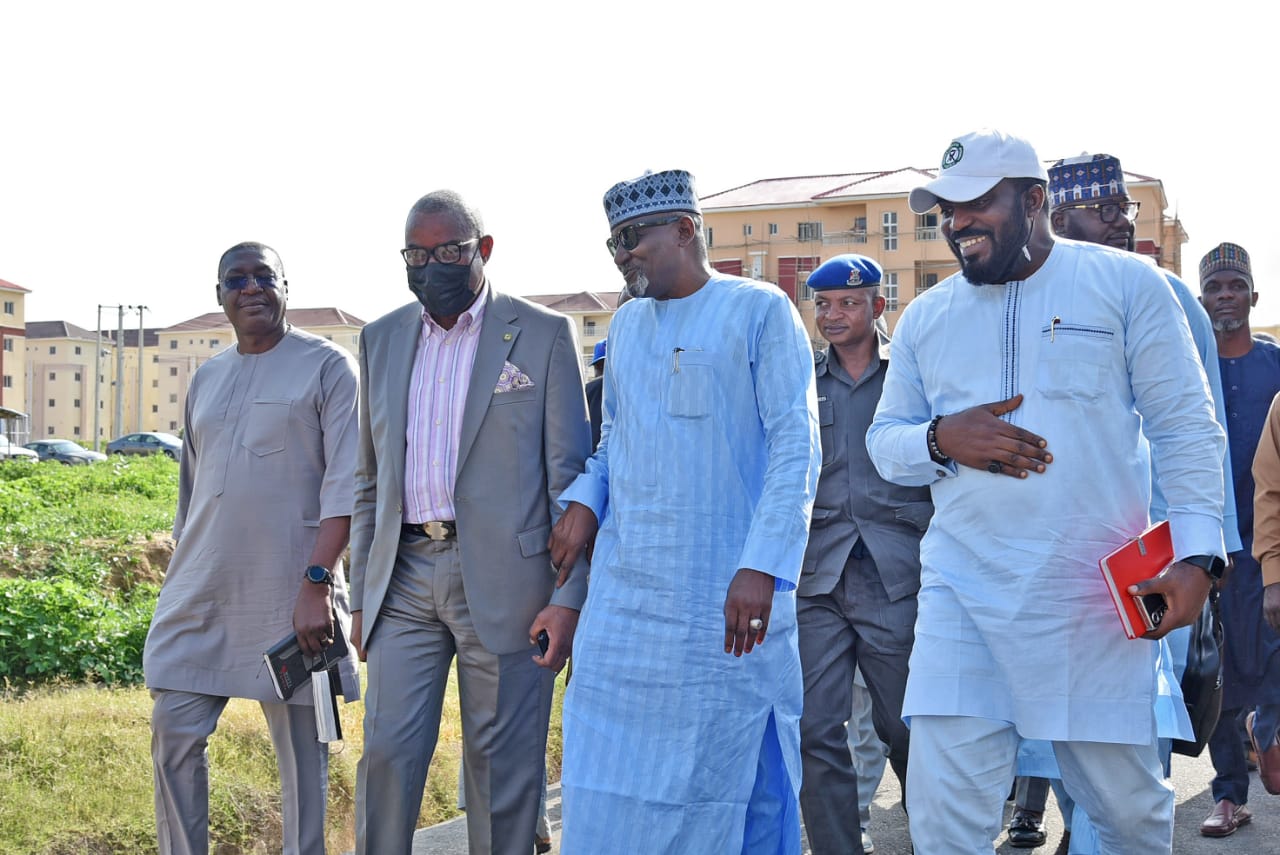 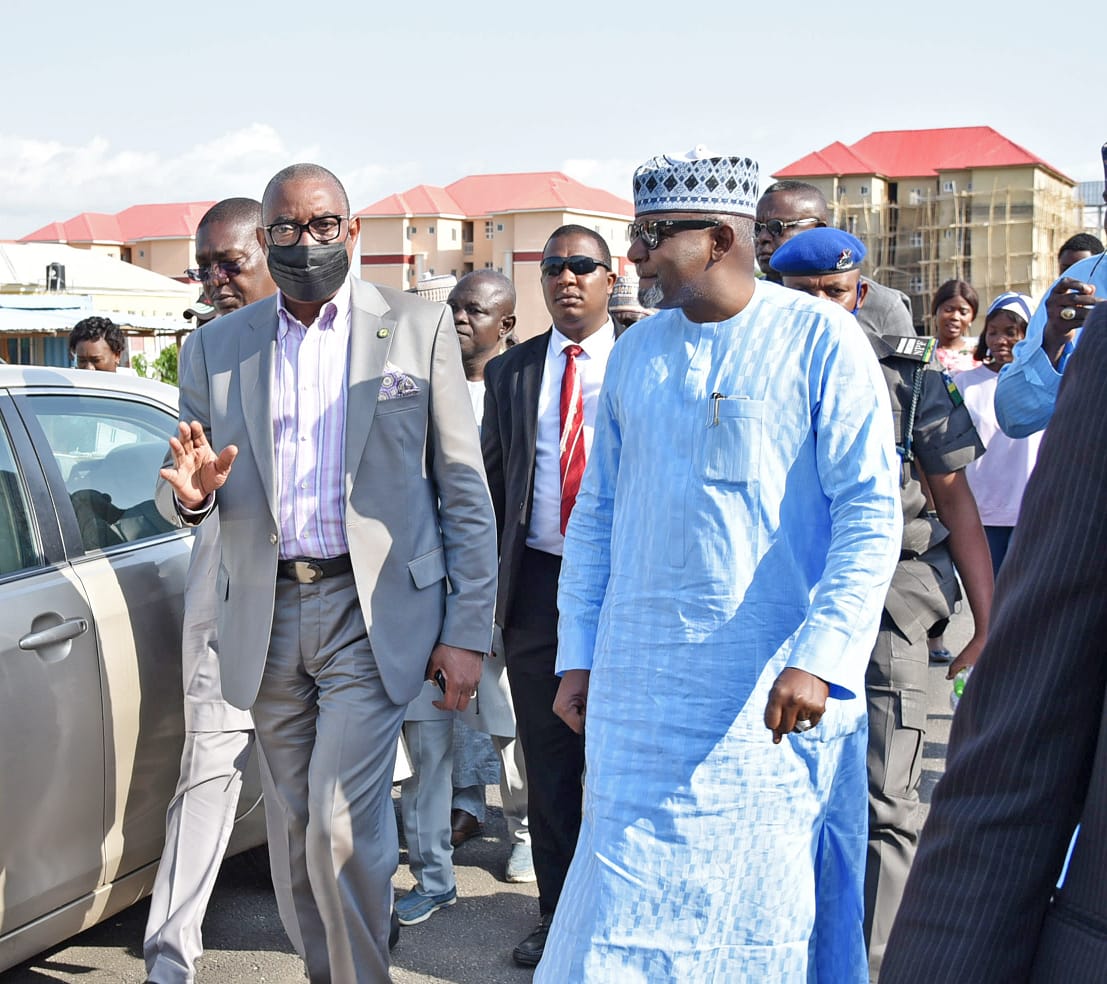 The Minister inspected the nine remaining blocks of flats that are at various stages of completion. The breakdown of the blocks awaiting completion shows 1 Block of 2 Bedroom Flat at plastering and fixing of windows stage, 7 Blocks of 1 Bedroom, at fixing of doors, tilling and external works stage.

During the inspection, minister however observed he need for adjustments in the external finishing in some blocks. He also observed that the trees planted in the estate are still at the nursery stages. He therefore advised that henceforth, efforts should be made to plant trees at sites as soon as construction is started, so that the trees could grow as the project progresses.

The Honourable Minister called on Management to come up with the exact quantity of work remaining to be put in the estate, which will determine the actual time for the final completion of the project.